The Impact of Inventory on Home Sales

Can I Rent to Own with Bad Credit?

The Pros and Cons of Rent-to-Own Homes

How do foreclosures affect property values

How do foreclosures affect property values

How do foreclosures affect property values? For Canadian owners, little data is available, but looking south the answer is quite clear: a foreclosure slightly but definitely reduces the value of properties nearby. This is the conclusion of many studies that have been done of real estate prices, particularly in the wake of the US housing crash.

For example, the US-based Center for Responsible Lending reports that, in 2009, around 69.5 million houses located near foreclosure properties saw their prices drop about 7200 USD per house. This produced a net 502 billion USD decline in property values that year, just due to foreclosures.

Another study by the Massachusetts Institute of Technology concluded that homes located within 250 feet of foreclosed properties see their values decline about 1% on average — per foreclosure. And, that is only the beginning.

Foreclosures in a neighborhood appear to be contagious. When a foreclosure happens, the chances of nearby houses also being foreclosed goes up. According to a 2013 research paper called “Foreclosure Contagion, Measurement and Mechanisms” from Columbia University, there is “robust evidence” of this contagion effect. A foreclosure triggers an average of 0.5 to 0.7 foreclosure filings (again, this is an average number) per year within a 0.1 mile radius. Note this is foreclosure filings — the number of successful foreclosures produced by a single foreclosure is about 0.25 to 0.5.

This “foreclosure contagion” lasts at least four years after the initial foreclosure case is decided.

The Columbia study also found a much more severe drop in average home sale price in the wake of a foreclosure, though they did not claim this was the result of changes in property value. Rather, they found foreclosures tended to trigger sales in the area of lower priced, and therefore lower quality houses.

Where Foreclosures May Not Matter

At the same time, property owners need not panic at the first foreclosure on the block. Depending on the neighborhood and economic conditions, real estate appraisers may not consider foreclosures to be “comparable sales.” This is because a foreclosure is a “distressed” sale, and the appraiser wants to find the property value as it would be in normal market conditions. For this to happen, the appraiser looks for the combination of a competitive marketplace, a willing buyer, and a willing seller — and foreclosures by definition do not involve willing sellers.

However, if there is more than one foreclosure in the area or if the appraiser believes the foreclosure is relevant to the property value, they may figure it into their final calculation. Particularly in the wake of the financial crisis and US housing bubble, some appraisers began using foreclosure numbers to calculate property value because they were so common.

The worst case scenario for property values surrounding a foreclosure property is when the foreclosure property is not immediately bought by a new buyer. If the previous owner-in-default has been evicted or simply abandons the property, the lack of maintenance quickly becomes apparent. The previous owner may even have deliberately sold off built-in appliances or copper piping to try and scrabble together some cash to support the move. Dilapidated, sometimes even collapsing properties can result in buyers getting a perception of a “bad area” — which naturally depresses housing values. Sometimes it does so severely.

How long from foreclosure to eviction

Foreclosure vs bankruptcy which is worse 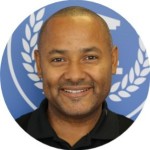